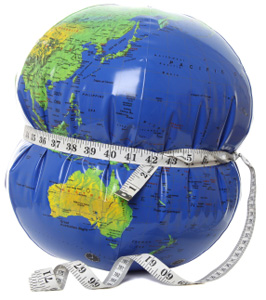 Global obesity has long since been reported on but we now know that the problem is escalating out of control.

In 1975 just under 5% of the world population was classed as being obese (BMI 30+) and in 2014 the level of global obesity has risen to 12.8%.  To put these figures into context the number of obese adults has risen from 105 million to 641 million people.

It must be noted that the world population has approximately doubled during this time period.

China has around 90 million obese adults, making it the leading country in the level of obesity, the United States of America being a close second.

Interestingly the proportion of underweight adults (BMI <20) worldwide has decreased.

The Lancet published a study estimating a fifth of the world’s population and a third of the UK’s population will be obese by 2025.

We must act now and not leave it to future generations to deal with.

We have made the Total Replacement Programme - Sure Plan using Lipotrim - available now direct to your door.
Please complete a medical form. Dismiss